After our core team spent half a year collecting nominations for women, contacting photographers*, selecting and preparing photos, we were able to start preparations for the mural in August 2019. In the course of five weeks, a team of 15 helpers* digitally created 148 templates from 48 portrait photos, transferred them to 150 x 150 cm cardboard cut-outs and cut each one of them by hand. Thanks to good planning and sophisticated logistics, we made rapid progress with the mural itself. The Wonderful Women Wall in Wörmlitzer Straße was realized within seven days under the guidance of the artist with the support of seven helpers*. After completion of the mural, the wall was inaugurated for the general public.

Of course, 48 portraits do not do justice to the large number of women who could be depicted on such a wall; for this first wall, only a random selection could be made to mark a starting point. In the future, further murals can be painted at different locations and with specific thematic focuses (sports, science, politics). They can be  part of school projects so that students can choose the portraits of women for their school. The first Wonderful Women Wall is intended as a lighthouse project and should provide an opportunity to take up the topic again and again in various ways. 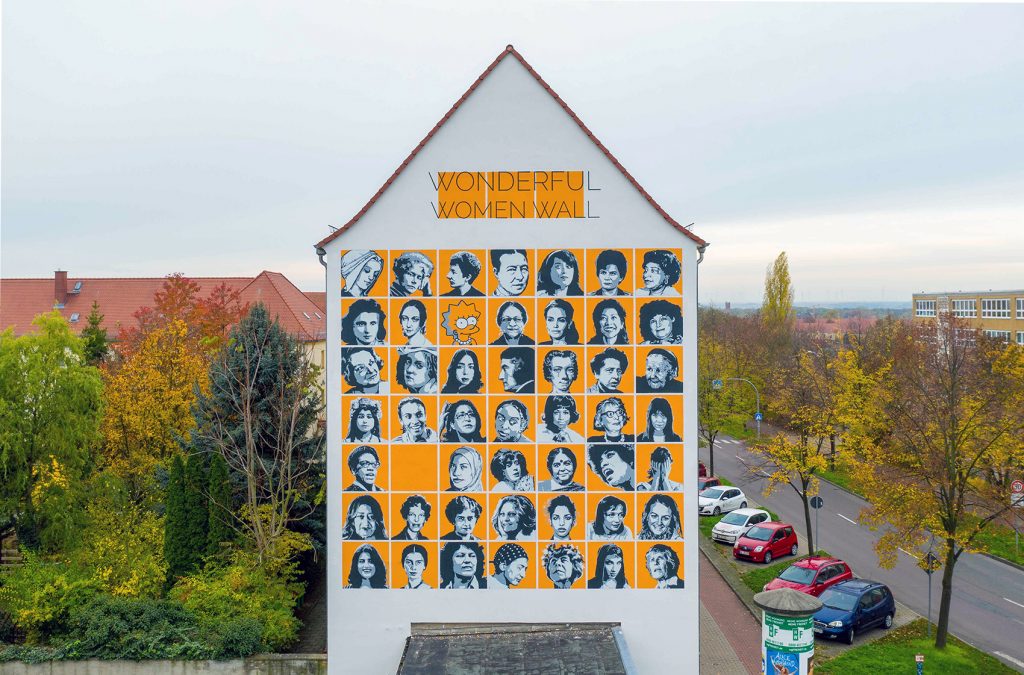 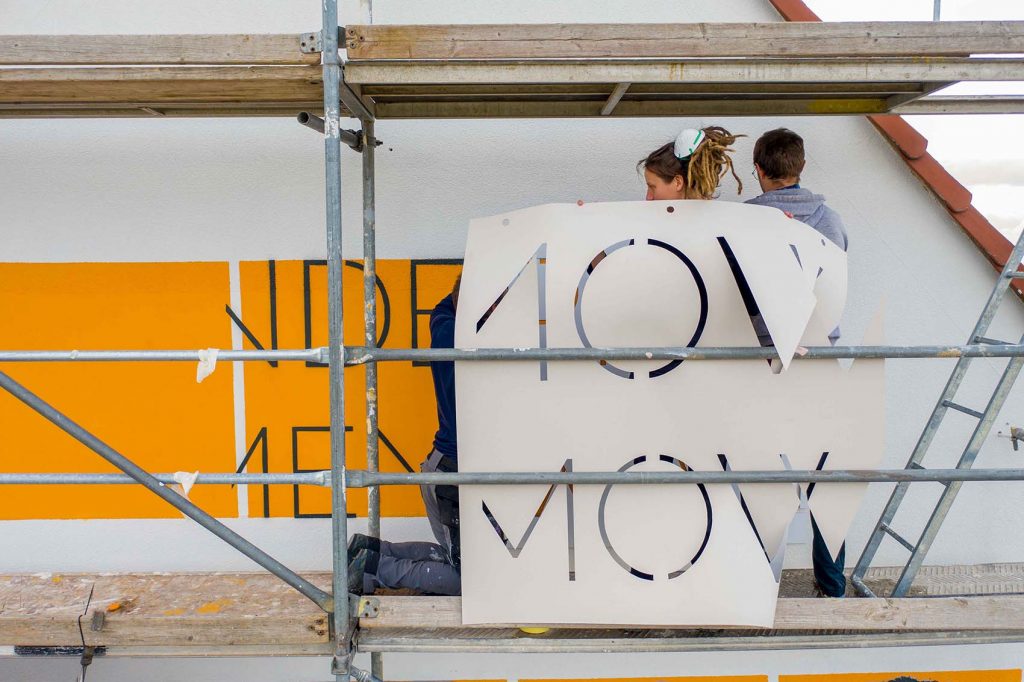 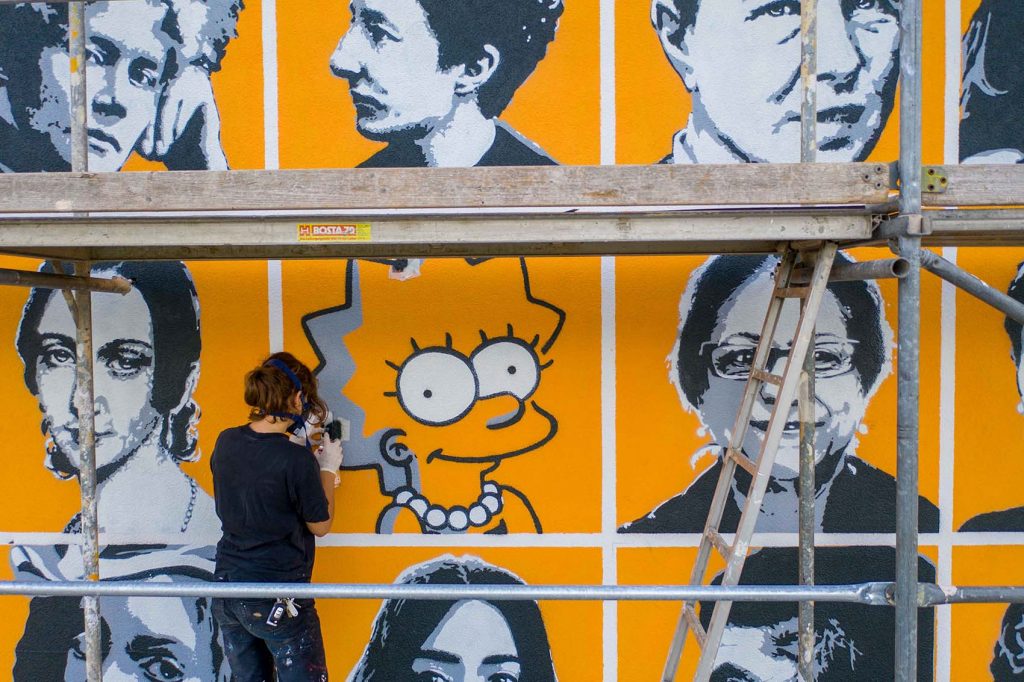 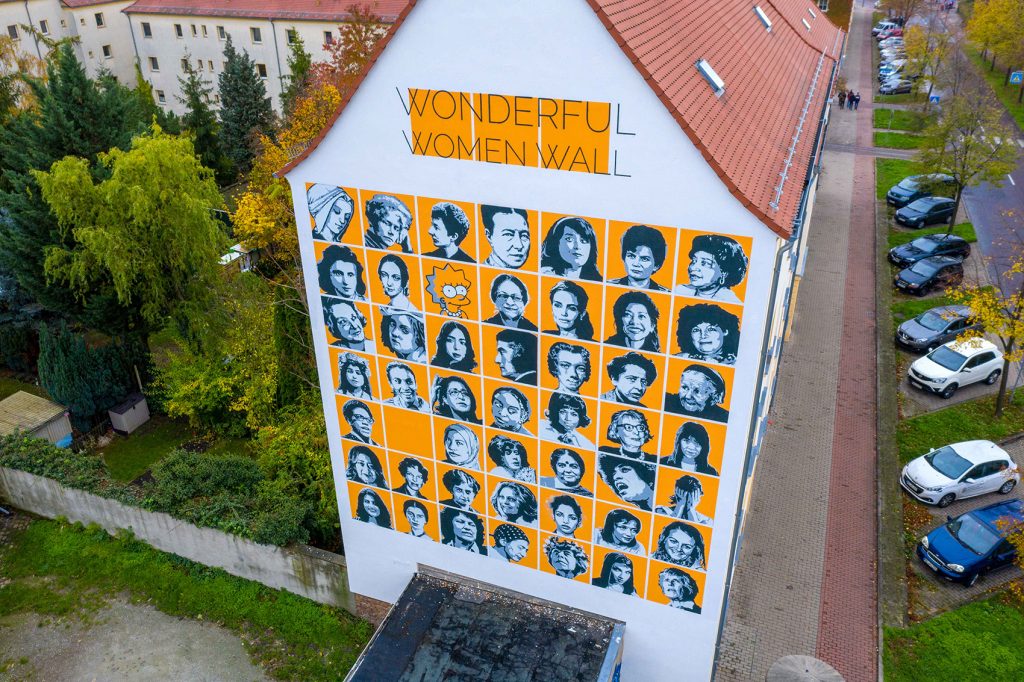 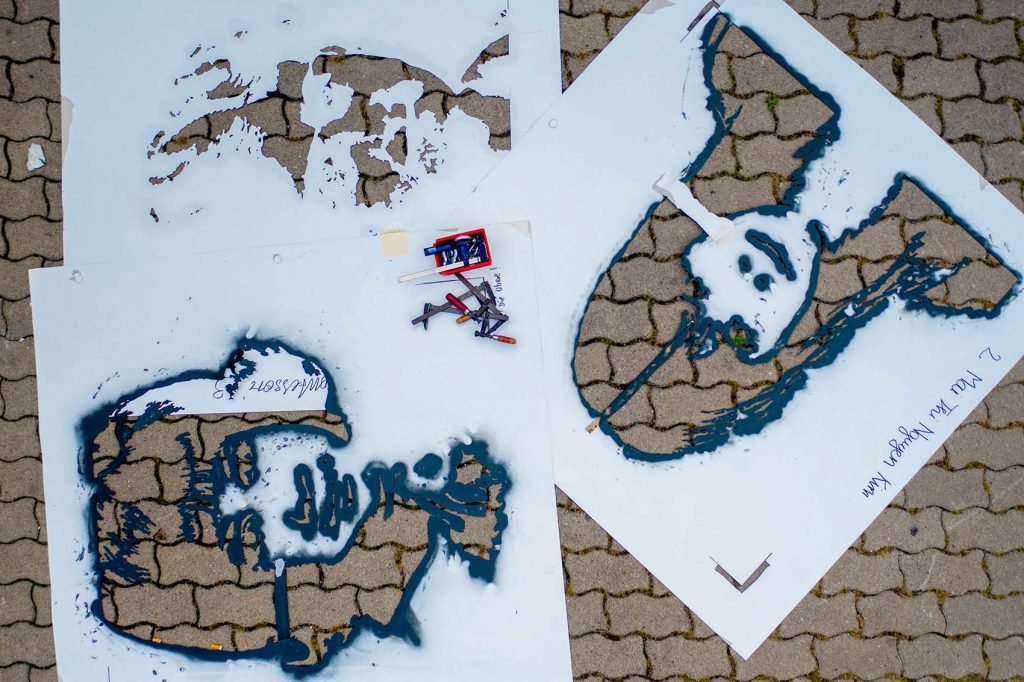 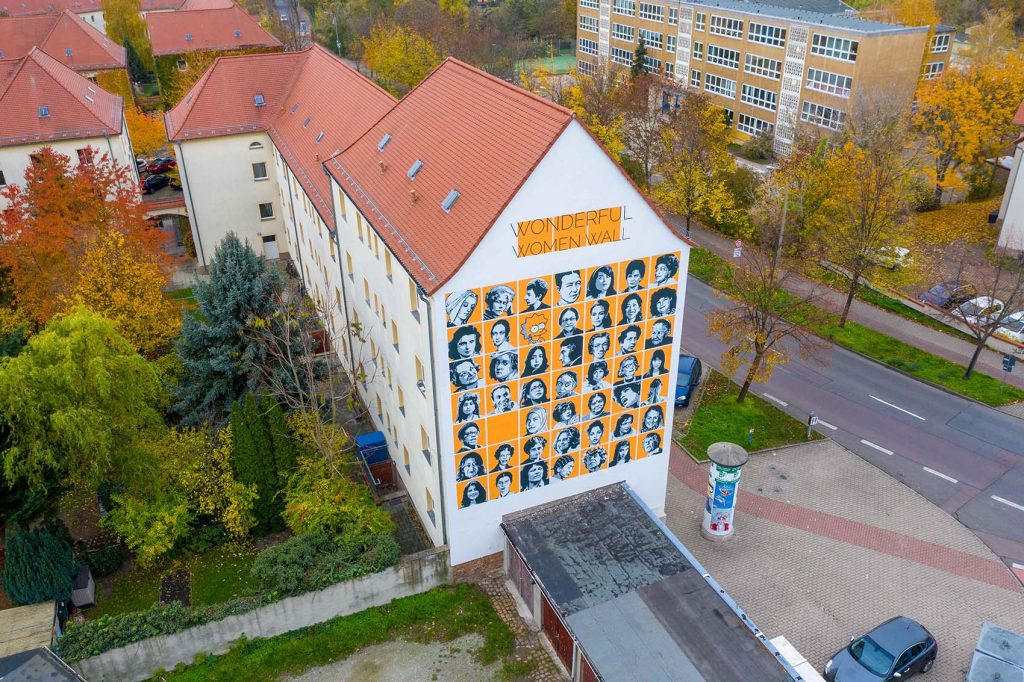